The idea that humans stumbling over fossils influenced myths is not new, but can we link mythical monsters to *specific* fossils? Classical folklorist Adrienne Mayor says, yes we can. Intrigued by this idea I decided to investigate her claims a bit further. 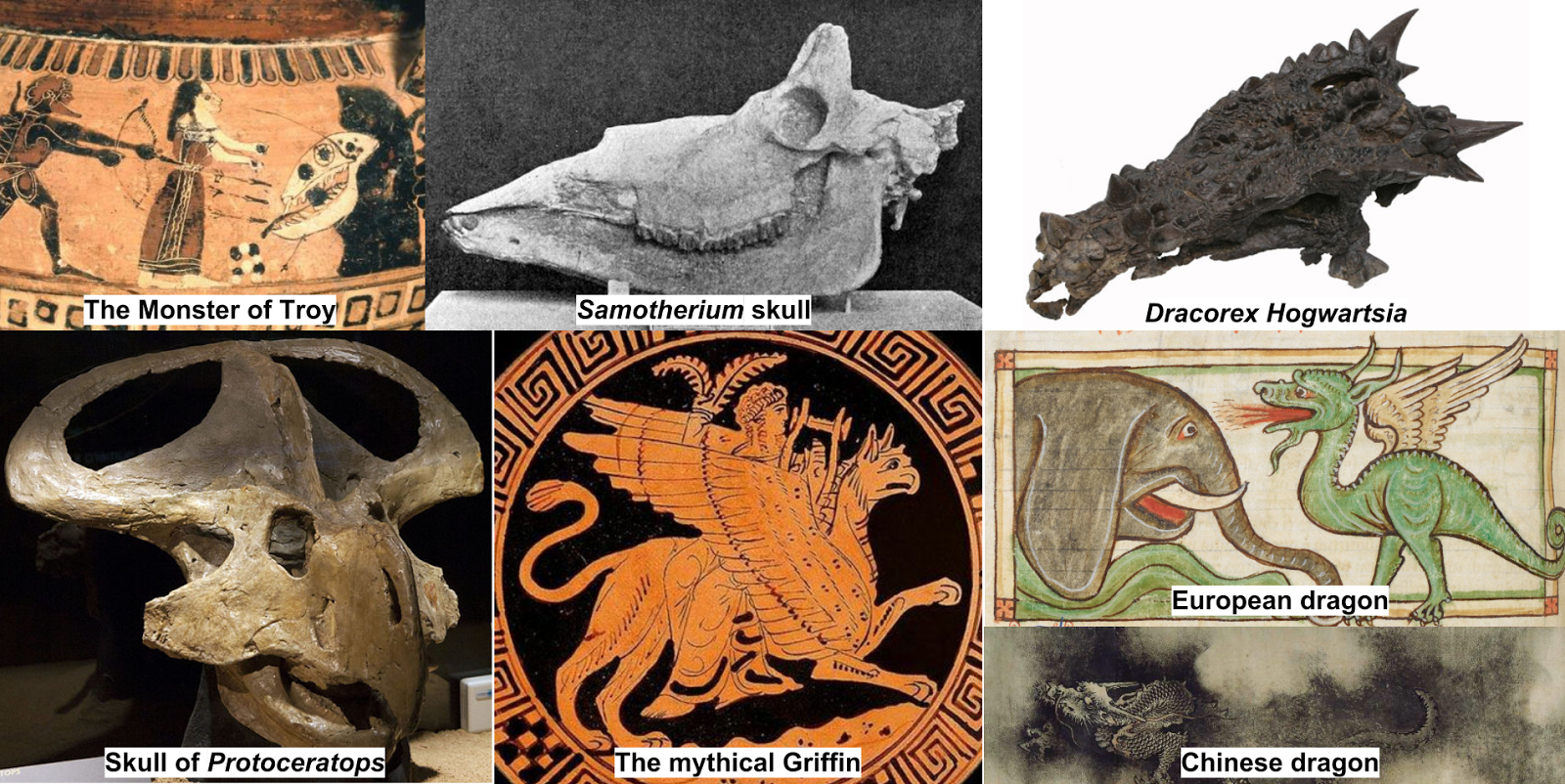 Mayor is a classical folklorist and uses historical texts, place names and cultural artefacts as evidence for ancient interactions with fossils. You could call it 'historical cryptozoology', or as she does geomythology. It's all very interesting, but necessarily involves some speculation. So I picked three cases to see how much that speculation was warranted.
Read more »
Posted by Hypnotosov at 17:12 No comments: Links to this post

This saturday, May the 25th, the Natural history Museum in Rotterdam was dedicated to "de dag van het dode dier". The day of the dead animal.

This wasn't a particularly sinister event, rather more a celebration of animals that have found a second life in the museum. The ´animals with a story´ took center stage, but there was also attention for the regular collection. The museum is after all full of dead animals.


Read more »
Posted by Hypnotosov at 01:43 No comments: Links to this post

If one follows the intended path through the museum, instead of scooting to whatever exhibit strikes one's fancy as I did, this is the last of the thematic exhibit areas.

The focus here is clearly regional, emphasising the specific nature of the province of Limburg. The first part is preoccupied with unusual species; wolves, lynxes and boars. These are clearly the biggest attention grabbers, but there are some nice displays in the current nature section as well.

There are two ways to get to the 'brown museum', if you take the regular route you are presented with this peculiar room at the end of your tour. As a desert, or an afterthought.
But it is perhaps better to enter it from the opposite end.

After hanging up your coat, instead of walking back towards the entrance to enter the museum from the 'proper' direction you can move forward. Taking a right at the coffeeroom you find yourself at the foot of a wooden stairway that leads directly to the brown museum.

After death the mosasaur sank to the bottom of the sea, where it was scavenged before being covered in sediment and fossilizing.  Most of the skeleton was scattered, but the skull and much of the spine has been found.


The bones in the Mosaleum in fact preserve evidence of being scavenged in the form of bitemarks. Beyond the bitemarks, there is also further evidence identifying the culprits.

Read more »
Posted by Hypnotosov at 18:53 No comments: Links to this post

The Mosaleum (a contraction of Mosasaur and Mausoleum) is the last resting place of Bèr, a very large mosasaur discovered in 1998. You can just make out his skull in the middle.


The Mosaleum is a glass building situated just outside the main building of the NHMM in Maastricht, because it is completely made of glass it lets in a lot of natural light.
The mosasaur in the "Mosaleum" is a large Prognathodon, that was given it's own species name saturator in 2002. And it's big, at 14 meters it's among the biggest of mosasaurs.


Read more »
Posted by Hypnotosov at 01:52 No comments: Links to this post

This is pretty much the first display you see when moving towards the Mosasaur exhibit, it may not look very impressive at first glance but it is rather neatly done.


The bone you see is a quadrate (I'll get to that), and it's definitely not looking healthy.

Read more »
Posted by Hypnotosov at 03:34 No comments: Links to this post